Overturning a trial court’s decision on a will or trust matter is not simple. This is largely due to the fact that in probate court judges are given wide discretions for their decisions. 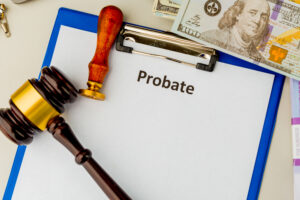 It can be frustrating for a beneficiary who assumed they were in the right to realize that they were not successful in their initial form of estate litigation, but it does not always mean that it is in their best interests to proceed with filing an appeal.

The appellate court does not have the power to rehear the case. Instead the appellate court must adhere to one of three standards when reviewing a case on appeal and the two most commonly used standards in these cases are very difficult to meet by the appealing party.

The general appellate review standards are de novo, substantial evidence, and abuse of discretion. Overturning a trial court decision with the de novo review standard is very rare even though it is the best standard to use. De novo review applies to strictly legal questions.

Under the substantial evidence standard, the appellate court evaluates the facts as decided by the trial court and determines whether there was enough evidence to support those factual conclusions. This appellate court is not able to rehear or relitigate the case. Finally the abuse of discretion standard applies only when a trial court has the power to exercise discretion, which is the case in many probate court matters. But a trial court’s decision will only be turned over on appeal if the trial court’s action was a clear case of abusing their discretion.