Along with appraisers, estate lawyers, and CPAs, family business owners were present in an Internal Revenue Service auditorium recently, to share their opposition to propose Treasury Department rules that will have a significant impact on their legacy plans. These proposed rules are referred to as the 2704 regulations and these would minimize valuation discounts and lead to increased estate taxes on the death of an owner of the family business. 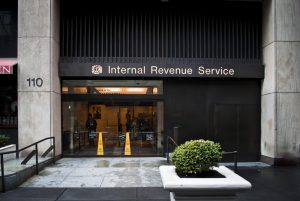 Many of the people opposing these regulations were in the room to support that they be withdrawn entirely. Supporters of the rule believe that the estate gift and generation-skipping transfer taxes would close a tax loophole that is only being used by the wealthy.

However, opponents believe that this would eliminate any discounts which are used appropriately and legitimately across succession planning toolkits across the United States. Many people testified of their concerns about how this would impact their family business.

This hearing drew the largest crowd ever to show up at a public hearing at the Treasury, and the proposed rules have already drawn comments from 9, 477 members of the public as well. The hearing itself lasted all day.