It’s imperative to think carefully about replacing any high-level employee in your business, but this is especially important as it relates to a CEO. There are major risks associated with not having a long-term strategic plan for replacing someone at the head of the company. Succession planning should be discussed early although many companies fail to accomplish this goal until they have learned the value of doing so by speaking with a business succession attorney or until the company has gone through a rough transition period.

Take a lesson from the spice company, McCormick. They use many of the same tools that other companies do, including job rotations, a long-term strategic view and regular assessments for all senior executives. This is largely due to the fact that the sudden death of a prior CEO and health issues that forced the current CEO’s departure from the company.

Planning for succession is as much about deciding the future direction of the company as it is figuring out what plans and people you have in place to direct that transition with minimal negative impact on the company. With training and advance preparation, the next generation of leadership in the company should rise to the occasion. 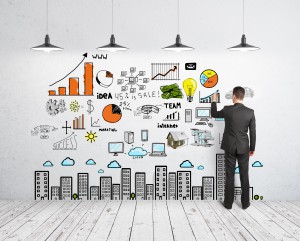 According to a recent study conducted by the Wall Street Journal, 55% of companies felt that they were only somewhat or not at all prepared for the departure of a CEO as a result of an emergency. All too often, boards of directors don’t consider replacing a CEO until a year or two before the individual currently in the role is planning to leave, but at that point in time it’s too late to develop someone else to take over the role. It is imperative to plan ahead for a smooth transition in order to allow the best possible chance of success.

Ready to talk succession planning? Contact our office at info@lawesq.net to learn more about your options and suggested next steps.