The Los Angeles Clippers sale recently seemed to go ahead just the way that most players, fans, and the NBA commission wanted it, leading to an agreement that sold the team to former Microsoft CEO Steve Ballmer for $2 billion. The control behind the sale, however, went to Donald Sterling’s wife, Shelly, causing many to wonder just how she managed it. 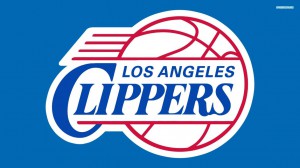 Shelly made her move with a boilerplate provision included in the Sterling family trust, which maintained ownership over the Sterling’s interest in the Clippers. Since both Shelly and Donald were co-trustees holding equal authority over that trust, she was eligible to make the decision based on another standard trust provision regarding mental competency.

Shelly had already had Donald evaluated for mental competency. Under the trust’s guidelines, if either Shelly or Donald were found by two qualified physicians to have “an inability to conduct business affairs in a reasonable and normal manner”, that individual could be removed as co-trustee. As a result, Shelly would have become the sole trustee with the decision making power and authority to sell or manage the business how she saw fit and that is her strategy.

Whether planning for your family’s assets or for those of an NBA team owner, when in generating trusts’ planning attorneys may recommend that provisions like the one above are put into the language for the protection of both individuals. If not included, the co-trustee (or business partner, as it may be) could be exposed to serious risk in the event of some form of incapacity. If not planned at all, it could all be left up to a court to decide. Get more details about trust planning today by contacting us at info@lawesq.net or at 732-521-9455.