A recent case highlights some of the questions surrounding the situation mentioned in the title. According to the default rule in New York, the death of a member doesn’t trigger a dissolution of the LLC unless the survivors vote to take action on dissolving.

There are a few important outcomes of this new default rule, known as 701b in the New York LLC law. First, executors only have limited powers in their ability to exercise member rights or to become members themselves. Second, family members who inherit a deceased member’s interests are not admitted for official membership unless those other members consent to this. Third, without such consent, the inheriting family member retains only economic interest, not management or voting powers. Finally, these individuals can be considered non-members and do not have any decision making authority when it comes to judicial dissolutions or mergers and consolidations.

One example of this rule in action is the Budis case. An executor-husband of his late wife had his case dismissed against other LLC members for lack of standing. The operating agreement stated that the death of a member was seen as a voluntary withdrawal, and the estate thus became an interest holder but not a member per se. The solution is to include something in the operating agreement stating that a family member or executor inheriting the deceased’s LLC interest should be treated as a member of the LLC with all rights and powers afforded to other LLC members. To learn more about protecting your interests in an LLC, contact us today info@lawesq.net or via phone at 732-521-9455 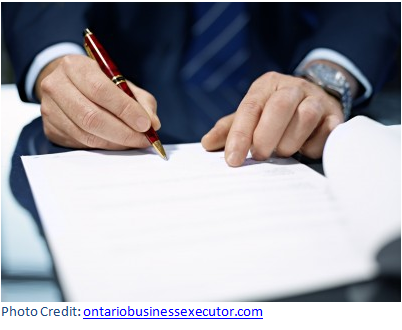 What happens if you receive a K-1 from an LLC and there are self-employment earnings listed on line 14? Are you responsible for reporting those as subject to the self-employment tax? The self-employment tax is an additional payment of 15.3% to account for Medicare and Social Security. We’re taking a page from the Tax Times blog today to talk about this issue. For the most part, a taxpayer’s portion of ordinary income from partnerships (including LLC’s) reported on a K-1 is indeed subject to the self-employment tax. There are, of course, exceptions. This requires the assistance of an experienced team of accountants and tax attorneys, since the solution for you likely depends on your individual circumstances, the state of formation for the LLC and whether the LLC is taxed as a pass-through entity. In any case, it could be worth your while to discuss this issue with a trained professional to learn whether you are liable for the self-employment tax or not. To learn more about complicated tax issues and reporting of self-employment income, contact our offices at 732-521-9455 or through email at info@lawesq.net. 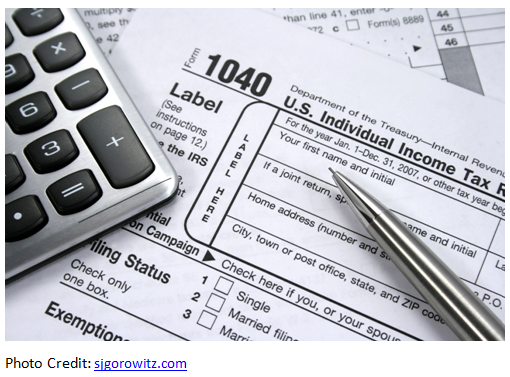 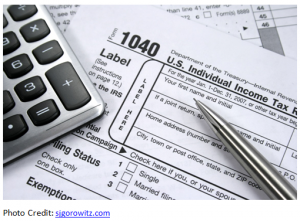 We’re taking a page from the Tax Times blog today to talk about this issue. For the most part, a taxpayer’s portion of ordinary income from partnerships (including LLC’s) reported on a K-1 is indeed subject to the self-employment tax. There are, of course, exceptions. This requires the assistance of an experienced team of accountants and tax attorneys, since the solution for you likely depends on your individual circumstances, the state of formation for the LLC and whether the LLC is taxed as a pass-through entity. In any case, it could be worth your while to discuss this issue with a trained professional to learn whether you are liable for the self-employment tax or not.

To learn more about complicated tax issues and reporting of self-employment income, contact our offices at 732-521-9455 or through email at info@lawesq.net.

It’s exciting to think about the prospect of going into business with someone you already know, but this step should be taken carefully or you might wind up with a difficult working relationship and an impaired friendship. Here are some of the most important questions you should review when thinking about whether a friend equals an ideal business partner.

To talk more about concerns of a business at the startup stage, contact us through email at info@lawesq.net or by phone at 732-521-9455 to get started.

There is no doubt that working in a family business can be rewarding, but it might also come with some challenges. With regard to succession planning in particular, here are some of the top tips you need to consider when multiple relatives are coming to the same table on a family business. 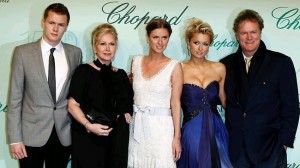 To learn more about how we can help clients with proper succession planning for a family business, call us at 732-521-9455 or send an email to info@lawesq.net.

Are you planning to keep the Family Business “in the family”? Did you know that family businesses now make up as much as 50 percent of the gross domestic product of the entire country? We’re not just talking about small storefronts or website companies, either. Over one-third of Fortune 500 companies are controlled by families in some sense. It’s critical that as a small business owner, you plan ahead for the future with a succession plan. Here are some of the most common issues facing small business owners with a family connection. 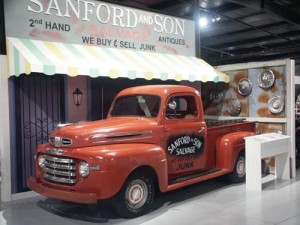 All of these issues are just a sample of concerns for those involved in a family business. Contact our office today to learn more about our Business Succession Planning practice. Email info@lawesq.net or contact us via phone at 732-521-9455 to get started.

How do you know that your agreement is crafted properly? There are a few clues that should give you the peace of mind for what happens in a variety of events. Here’s what should be included in a basic buy-sell.

Your agreement should include a minimum list of events that can “activate” the trigger for remaining owners to purchase interests of a shareholder that’s departing. These include incapacity, bankruptcy, professional license loss, death, disability, retirement, and failure to carry out duties properly. 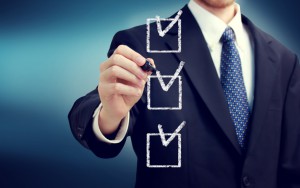 Every agreement should also have explicit provisions for the payment of the departing owner’s interests. Some of the most common ways to do this include life insurance, cash from borrowings at the purchase date, a sinking fund, or an installment sale based on current business earnings.

Speaking of payment, the agreement should outline how the price of the departing individual’s interest is calculated. Some of the most common methods for addressing this are book value, appraisal, replacement cost of any hard assets, an annual earnings multiple, or an annually agreed upon amount.

Finally, think about family concerns, such as whether those individuals will have access to liquid resources to replace you, mechanisms for fair treatment of family in the event of your sudden death, or even plans for what will happen if your share will not be carried on by family members. All of these considerations can be addressed in a comprehensive business succession plan. Begin today with an email to info@lawesq.net or contact us via phone at 732-521-9455.

In the even that a foreign partnership owns foreign bank accounts with aggregate balances over $10,000 (US) on any particular date, the business owner should be aware of FBAR filing requirements. A financial interest in a mutual fund, trust, brokerage account, or any other foreign financial account may require an annual filing known as the Report of Foreign Bank and Financial Accounts through the Internal Revenue Service. 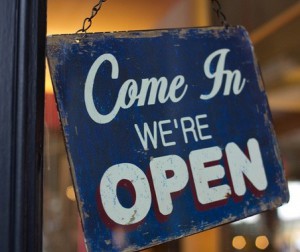 There are a few exceptions as far as the reporting goes. Those who may be able to avoid filing an FBAR include:

As you might expect, IRS rules in this category can be highly complex and subject to specific terms. That’s why it’s helpful to meet with your tax law and accounting professional to determine your filing requirements. To learn more, email us at info@lawesq.net or contact us via phone at 732-521-9455

A captive insurance company is a company created by a business owner to help insure risks of affiliated businesses. When set up appropriately, a captive allows a business to manage risks while allowing the affiliated company to reap benefits, too. 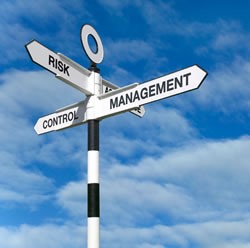 A Captive will receive premiums that are then invested as opposed to premiums sent to a traditional unrelated insurer, which are essentially “lost”. Over time, those premiums accumulate. In the event of a risk loss, the premiums are available to be paid for those self-insured losses, thus protecting the business’s bottom line. This crucial benefit is the biggest advantage for business owners.

A Captive can issue casualty or property insurance to protect against a broad array of risks. Where the business owner has the most potential to capitalize on this opportunity is through risk protection for those risks that are typically too expensive to coverage or uninsurable, period. With possible major tax increases coming in the future, the Captive Insurance company remains situated as one of the most effective solutions for business owners. Captive Insurance benefits go beyond tax advantages by providing business owners with opportunities in wealth transfer, estate planning, and asset protection, too.

At Shah and Associates, we work with you individually to determine how a Captive can best suit your business needs. With vast experience in the field, we have helped our clients use Captives to minimize taxes, protect assets, manage risks, and improve cash flow. We understand the peace of mind and confidence that comes from a comprehensive approach to risk management, and that’s why we remain committed to the business community.

While “now” is always the time you should start getting your exit plan ready for your business, there are some guidelines about specific year marks that you should use to think about what will happen next. Here is the best advice for exit plans. 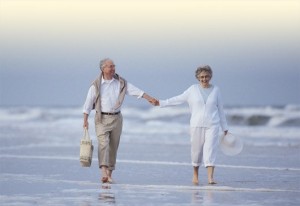 Starting ten years in advance is the best way to maximize opportunities. This is because at this marker, you can start really considering whether the business is intended as a family legacy. If a family member will be taking over the business, the ten year period is a great planning point for incorporating those family members into training and education. Ultimately, this will make the transition period much smoother. Saving taxes is another primary concern at this stage. If a business owner has recently converted the company from C Corp to S Corp filing status, you should wait a minimum of ten years before selling the company.

Five years out is a good place to review because you are a little closer to the finish line here. Cash flow, tax deduction, and tax leverage should all be explored with your planning specialist at this time. Changes regarding cash flow can allow for a strategy in which cash flow to the owner is a focus rather than company growth.

Finally, even one year out provides planning opportunities. For example, we have implemented strategies which could save the Seller the entire [9% – 13%] tax some states collect upon the sale of a business. If the company will be sold, the owner should identify a business broker or investment banker to actually put the business on the market. This gives enough time for a due diligence review, drafting the sales agreement, and delays related to regulatory issues. No matter what stage you’re at, you need to put some planning tactics in place for your exit plan. Contact us today at 732-521-9455 or email info@lawesq.net to get started with your personalized plan.

Without the proper protection, a single claim against a person’s business can cause financial ruin for the owner. Importantly, a person’s business extends to more activities than you may think. If you have a partnership, small business, or even a hobby that earns you money, consider following the asset protection strategies offered in this recent article.

First, if you have a partnership, consider incorporating it. As the article explains, “business partnerships are ticking time bombs.” This is because a partnership is akin to a joint account, in that actions taken independently by your partner may affect you as well.

If your partner faces a personal liability lawsuit, the plaintiff could seek to collect against all of your assets as well. Conversely, the owners and managers of other business forms such as LLCs and corporations do not face personal liability for claims against the entity or each other.