“In 1997,  I had just graduated from Penn State with my finance degree & was about to start law school.  I even had hair. I wasn’t into Harry Potter but I did know about Y2K, this new thing called the Internet & the Russian financial crisis. David Booth in the article below highlights what is happened since that time and what it means for stocks and investments. Hope you enjoy the article!” 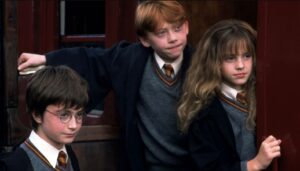 We are living in a time of extreme uncertainty and the anxiety that comes along with it. Against the backdrop of war, humanitarian crisis, and economic hardship, it’s natural to wonder what effect these world events will have on our long-term investment performance.
While these challenges certainly warrant our attention and deep concern, they don’t have to be a reason to panic about markets when you’re focused on long-term investing.

A stranger offers to tell you what’s going to happen over the course of the next 25 years. Here’s the big question: Would you invest in the stock market knowing the following events were going to happen? And could you stay invested?

Investing in markets is uncertain. It’s the role of markets to
price out that uncertainty.

Investing in markets is uncertain. The role of markets is to price in that uncertainty. There were a lot of negative surprises over the past 25 years, but there were a lot of positive ones as well. The net result was a stock market return that seems very reasonable, even generous. It’s a tribute to human ingenuity that when negative forces pop up, people and companies respond and mobilize to get things back on track. Human ingenuity created incredible innovations over the past 25 years. Plenty of things went wrong, but plenty of things went right. There’s always opportunity out there. Think about how different life is from the way it was in 1999: the way we work, the way we
communicate, the way we live. For example, the gross domestic product of the US in 1997 was $8.6 trillion and grew to $23 trillion in 2021. (Read more about the merits of investing in innovation.)

I am an eternal optimist, because I believe in people. I have an unshakable faith in human beings’ ability to deal with tough times. In 1997, few would have forecast a nearly 10% average return for the stock market. But that remarkable return was available to anyone who could open an investment account, buy a broad-market portfolio, and let the market do its job. Investing in the stock market is always uncertain. Uncertainty never goes away. If it did, there wouldn’t be a stock market. It’s because of uncertainty that we have a positive premium when investing in stocks vs. relatively riskless assets. In my opinion, reaping the benefts of the stock market requires being a long-term investor. By investing in a market portfolio, you’re not trying to fgure out which stocks are going to thrive, and which aren’t going to be able to recover. You’re betting on human ingenuity to solve problems.

The pandemic was a big blow to the economy. But people, companies and markets adapt. That’s my worldview. Whatever the next blow we face, I have faith that we will meet the challenge in ways we can’t forecast.
I would never try to predict what might happen in the next 25 years. But I do believe the best investment strategy going forward is to keep in mind the lesson learned from that stranger back in 1997: Don’t panic. Invest for the long term.

Sources: Dimensional Fund Advisors LP is an investment advisor registered with the Securities and Exchange Commission.

Investment products: • Not FDIC Insured • Not Bank Guaranteed • May Lose Value Dimensional Fund Advisors does not have any bank affliates.