Moving to a different state carries its own set of unique estate planning concerns but moving abroad makes them even more complicated. According to 2016 data shared by the US State Department, approximately 9 million Americans actually live in foreign countries. 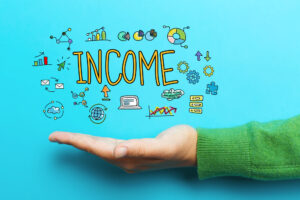 The Treasury Department found that in the first quarter of 2020, over 2,900 Americans actually renounced their citizenship. A recent study found that 7 out of 10 US citizens who live in another country believe that they should not be required to file US taxes.

More than 4,000 American ex-patriots were included in this recent study and it continues to be a problematic issue for these individuals who have to comply with extra reporting requirements and forms at tax time.

One-fifth of the participants in that same study actually said they were thinking about giving up their citizenship in the near term and 40% of them said that the burden of filing taxes each year was a big reason for doing this. US citizens, as well as resident aliens, are required to file a state, gift and income tax returns and pay any levies owed regardless of where they live.

This means their income around the world still remains subject to taxes. Americans living abroad also must comply with additional tax requirements. This can eb a very complicated situation for someone who does not have a team of professionals to help them.