Before you start splitting time between two or more states, think about where you’d like to have as your primary place of residence because there are several different advantages to choosing one place over another. Then, after you have made this decision for yourself, be prepared to prove that the state you choose is really your home base. By age 61, many people say that they are free to choose where they want to live, according to the results of a study from Merrill Lynch. 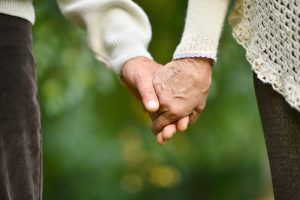 Life responsibilities like work or family often dictate these decisions prior to that time. This is why it is not that surprising to see retirees move at least on a part-time basis to a new location. More than one-third of retirees, in fact, told Merrill Lynch that they have already relocated and 27% anticipated doing so. Making the decision about where you want to live is important. More than 80% of retirees intend to move to the South Atlantic. Since several states have no income tax and others have tax breaks on retirement or real estate taxes for older residents, this is something you should consider in your determination.

Some states are well-known for going after individuals who claim that they are residents in other states to avoid having the financial obligations of claiming residency in the first state. Make sure that you keep all documentation to assist yourself with minimizing the consequences of these allegations.