Have you spent a good portion of your life growing the viability of a business? If so, you can’t ignore the second step of a firm business foundation: creating a succession plan that carries on your legacy and your offerings. The right business succession planning lawyer can help you with this process so that you have a clear idea about the future. 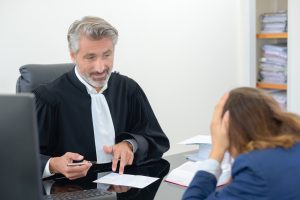 Far too many people and successful company owners never engage in the process of business succession planning. It might seem like the process of transferring the company is too far off the future to worry about these concerns but a sudden incapacitating event such as a disability or an accident could render you unable to make decisions in the business and force you and your loved ones to make a decision without maximizing all of the options.

Only 16% of firms have discussed as well as documented a succession plan, according to a Price Waterhouse Cooper’s 2014 study. The potential problems associated with lack of succession plan have not been effectively addressed or fully grasped by many different companies. Most family-owned businesses struggle to keep that family on status passed to the second generation which presents a unique concern that should be discussed directly with your business succession planning lawyer.

Many of the succession plans in place focus only on the financials, but the best succession plans will also consider a people focused combination of leadership development and succession management that helps to set up the business for success in the future. To learn more about the process of business succession planning and why having a documented plan can help you significantly, consult with an experienced lawyer today.