Tax lawyers and accountants spend the majority of their time focusing on exposure and you should as well. This means sometimes watching the calendar and clock until you are cleared of auditing exposure. The IRS typically will have three years to audit you. If you make a mistake with your offshore account reporting, however, the IRS gets six. There are other situations where they may get more. 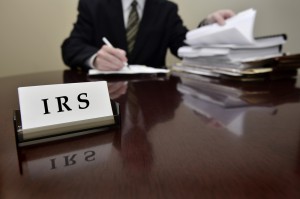 Many people may find it surprising that if you have a company holding a foreign account the issue becomes even more sensitive. These refer to controlled foreign corporations frequently referred to as CFCs. When a shareholder in the United States holds more than 50% of the value or votes in a foreign corporation the company is considered a controlled foreign operation. This triggers reporting requirements with the IRS, specifically the IRS Form 5471. This is a vital form.

If you fail to file it, you could be facing penalties of up to $10,000 per form and a separate penalty can be applied to each form filed late, and each incomplete or inaccurate return too. This penalty applies even if there is no taxes due on the return. The override of the normal statute of limitations for IRS auditing in this particular form is broad. The IRS in fact has an indefinite period to examine as well as assess any taxes associated with items on the missing form. The IRS can make adjustments to the entire tax return with no date of expiration until the form is filed. You need to ensure that any time you have a situation like this that you have filed the form appropriately.